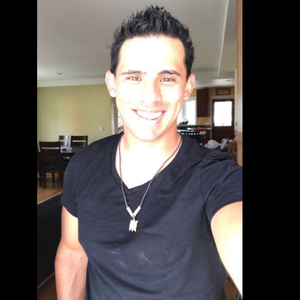 I am a third year medical student studying sports medicine and a former professional baseball player. I guarantee improvement in all aspects of your physical life View all coaching experience

Compared to the majority of trainers in the Los Angeles area, my expertise and knowledge of athletics and fitness Training is unique. My clients consider me more of a specialist due to my knowledge of medicine AND experience as a college and professional athlete. You get the best of both worlds in me.

I have worked with Nike, under armor and Adidas and have learned a significant amount of knowledge of how to train and coach young athletes. I was part of their training programs as an athlete and later as a coach.

I created my own athletic fitness brand in 2014. I train athletes of all sports and prepare them for the next level of competition. I have trained athletes as young as 6 and work all the way up with professional athletes from baseball, Winter X games and even the Galaxy soccer team. I also work with people who just wanna lose weight and be healthier and fit. I have a program for everyone.

I was an accomplished well rounded athlete. I played football, soccer, water polo, basketball, baseball and ran track in high school. In college I played baseball and ran track, and then played professional baseball for the Arizona Diamondbacks for a year in their minor league system before retiring and focusing on my medical school path.

For the beach workouts and fitness, we will focus on the development of the fast twitch muscle fibers through plyometrics, anaerobic training and sand resistance. I provide all the equipment and I promise, it will be the best workout you will ever receive. I focus on speeding up the metabolism and using anaerobic mechanisms to keep your body burning long after our workout is finished.

Great coach has so much knowledge of the game has patience

I am a professional soccer player who has played in South Korea, with the LA Galaxy and now with the LA Wolves. My job is to run all day, every day and never be tired. When Josh came to me and said he could improve my whole soccer game by changing my body, I shrugged him off. This might come off as bias since he is my brother, but I promise you, if I could have done it without him, I would of. I came to one of his trainings thinking I would blow everyone away; I was wrong. His methods and workout regime had me thinking if I was ever actually in shape. My muscles were burning in areas I didn’t think it could burn, and I was falling behind amateur athletes. I was slightly embarrassed, so I took him up on another training session. After two weeks, I noticed I was flying by the competition in my games against professional athletes and sprinters. I had no idea Josh’s program would do so much for me in such little time. This program isn’t easy, but I guarantee you will become a faster, stronger more powerful athlete than you ever thought you could become. Josh understands how the body works, and works with every athlete individually to understand their strengths and weaknesses. He can work with athletes from any sport, as I am a witness of that since I thought he only knew how to work with baseball players. As a professional athlete, I hope everyone jumps on board with his program because we all need that one secret to keep us ahead of the competition.

I started working out with Josh at the beginning of 2015. With his guidance and knowledge of how the body works, Josh pushed me through weekly rigorous workout routines while also teaching me to understand the importance of a healthy diet. He really pushes you to always give your best effort, and more importantly, to never give up on yourself. He's been a great role model and has helped me in my development not only an athlete, but as a student as well. He really emphasizes the word student in the word student-athlete. There have been moments I wanted to give up, and that’s where Josh comes in. He guides you through the whole process of being a competitive athlete, the ups and the downs. There is no such thing as a perfect road to success, and since he was a top athlete himself, he emphasizes with you and knows what you are going through. I thank him for the athlete he has made me. I am now prepared for the rigorous college baseball road that I am about to embark on next year after I graduate from Loyola High School. I received a Division 1 scholarship to the University of Rhode Island for baseball, and I thank Josh for helping me chase down that dream. As I continue to work out with Josh, I know I will continue to get faster, stronger, and learn more about how my body works and the nutrition needed to sustain a high level of play.

I first met Josh when I was 14 years old; he was my All Star baseball coach who helped lead our team to the first ever World Series title for Westchester Babe Ruth. When our amazing run was over, I asked him if he could help improve my speed for college recruits. When I first started with him, I ran a 7.7 60 yard dash. When he was through with my training, we got it down to 6.8 and I was receiving offers from many competitive division 1 programs. His knowledge of the fast twitch muscle fiber, plyometrics and anaerobic training helped shape me into the explosive powerful athlete I am today. I know many of you don’t like to work hard, but Josh makes the workouts competitive, fun and loose. He puts all the responsibility on you if you want to become the athlete that everyone says they want to be. He will not beg you to work hard, but he will do everything in his power to show you the way. If you want to compete at the next level, it takes self-motivation and sacrifice; and sometimes you need a little guidance from someone who cares about your success. Josh was that person for me, and I am grateful I met someone who cared about others success more than his own. He takes it personal; if his athletes succeed, then he succeeds. I received a Division 1 scholarship from Grambling State for baseball, and I want to thank Josh for providing me with every opportunity to become a better, more competitive athlete.

Josh's program pushed me to a different athletic level that I had never been apart of. I was a young high school athlete who was always head and shoulders above everyone else, so I never thought I needed to train hard, I just loved to hit at the batting cages. As I got older, I realized everyone was catching up athletically and physically, and I knew I needed to find an advantage somewhere. I started working with Josh early Saturday mornings before I would take my batting practice and I realized this was no joke of a workout. I was sore in places I didn’t even think I had muscles at, but I started noticing a difference in my hitting. The ball was flying off my bat with ease, and I realized to be a better baseball player, I had to train my whole body. I would go run and train with josh on the beach and I would leave an hour later feeling like it was time to sleep till Monday morning! He taught me to push into another gear that I just didn’t even think I had. After these workouts with Josh, I realized what I had considered a “workout” was a joke, and I needed to step up my game if wanted to compete at the highest level of baseball. Through these workouts, I got more than just the physical reward from it; I mentally got tougher and learned how to push myself when I had nothing left in the tank. The mental toughness to push through these workouts helped me in my football and baseball career, and pushed me to be one of the best athletes in the South Bay. I received an opportunity to play Division 1 baseball at Loyola Marymount University, and I thank Josh for helping me become the tough well rounded athlete that I am today.