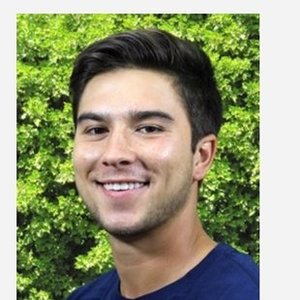 7-18 years old- My client can expect to have an effective, injury prevention geared warm-up. This warmup would have in it 1-2 minutes of envisioning or talking about what the client wants out of the session and what it will take to get there. This would be followed by easing the ball in with light footwork to get the body warm. Once warm enough, we will tackle whatever focus the client wants to aim towards first. But we will touch on all the bases of defending, shooting, passing, dribbling, and even free kicks throughout the session. A well rounded player is prepared for it all, and that’s what our goal is! After a session with the ball, ideally, we want to test and push our body further with some sprints and strength work. The level of work here will depend on age/competitiveness. This will help sharpen that tool an athlete uses when there's nothing left in the tank and he must overcome in the final minutes of a game. An injury prevention focused cool down will follow this so that the athlete is ready to go for the next challenge! Definitely having fun throughout the process because that is why we play!

Little Ones (2-6); totally different environment- 40 minute sessions filled with constant games that involve singing and going on adventures with your ball. Imagination usage is key at these ages so a lot of it will be used!

Amazing soccer coach!! Our kids loved the session! Jonathan was patient and kept the session fun whilst teaching them new skills. Jonathan had a number of different activities and was amazing at keeping them engaged! They enjoyed every minute of the session!

Very motivating coach! Will work your butt off to where you want to be. Not only does he help your physical health, but helps improve awareness. I would highly recommend Coach Jonathan!
During the sessions, he tells you how and ehh you're doing the drill, and, on top of that, he joins in to assure you that he cares about you and your goals. It's been 3 sessions and I always look forward to have the session with him.

Jonathan is a great coach for our 12 yr old son. He is friendly, confident, supportive and explains all the drills and what he wants to be done so that they are easily understandable. Jonathan gives lots of feedback throughout the session and afterwards gives information on what else to work on. We will continue to use him.

The session was great. My son really enjoyed all the training/conditioning/dribbling/shooting exercises.
To go back and forth between exercises with the ball and without the ball is a good idea. Kids see what it takes to train for real and that is not all about the ball about but being aware of their surroundings.

Coach Jonathan is patient and knowledgeable. He is great with kids and I recommend him for young players.

Are you kidding me! Jonny is capital "A" awesome, . Knowledgeable, enthusiastic, prepared, skilled, personable, a good listener, well-rounded... The real deal. I look forward to every session like its Christmas. So worth the money and time.

All I can say is that we are very lucky to have found Coach Jonathan. He's a 10 out of 10. Perfect coach. Experienced, professional, and super likeable guy. His own passion for soccer fires up his students. So great .....

After training with our son, Coach Jonathan has made a marked impact on our son's level of play. Concise critique coupled with specific drills has improved his technique and skills and the resulting confidence gain on the field has made a measurable difference. As parents, we are excited to see the continued growth and improvement. Thank you Jonathan!

Coach Jonathan is skilled, polite and fun. I have scheduled several more training sessions for my 11 year old son.
Thank you coach Jonathan !

First and foremost both of my kids loved working with Jonathan. Loved the drills and direction and loved his personality. In addition, Jonathan was communicative and professional at every step. In fact, he filled a void when the original coach-up coach I'd contacted dropped out the day before our planned sessions. We got lucky because he knows soccer and he gets teenaged boys.

Jonathan is energetic, passionate and skilled coach. He coached my 6 years old son, he could engage(which is not easy task) him with curiosity and fun through out the session. He provided valuable feedback every session on what my kids is great at and what to improve.

I coached Jonny when he was a young lad and it was a pleasure to watch him develop into a successful player who could inspire his team. We took the team oversees to play at a young age and professional clubs in Whales were asking us about Jonny and some of his teammates at the time. They continued to mention his vision and the clear intent to keep the ball at all costs. It is great to hear that he is now passing this onto others through coaching.

Jonny was always a motivational teammate. A leader who would always put in his all on the fields whether it be in practice or in games. His philosophy on the game is brilliant

My son Trent went to soccer camp everyday for a week with Jonny as the coach. I was expecting him to burn out as he was only 9 and did not play much soccer leading up to the camp but even the last day he was excited. He couldn't stop talking about all of the games they could be playing that day and the goals he would score! We ended up signing him up for the following week's soccer camp upon his request.

Coach Jonny's training helped me get back into the beautiful game after an injury that kept me out for quite some time. With his help over 3 months of being back to good health, I was back to it. I was going to play in college for my first semester in the best form I've ever been in thanks to him. With his conditioning I placed 3rd in our rigorous fitness test in preseason for school.

Coach Jonny helped my son with his speed and he is now a top finisher in his league! Noel couldn't wait for his session with Jonny every week. Was very surprised with his sudden change in mentality with conditioning as he began to enjoy it now seeing the benefits so fast! He has gained a wide array of great habits through Coach Jonny's training regimen

Jonny has great vision and education of the game. He has contributed largely over his career at Sonoma State and has had much experience over his years while playing and coaching for us through summer camps.