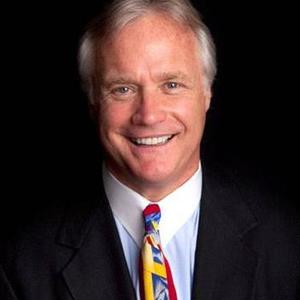 I'm anxious to have fun sharing my high profile playing experience, coaching knowledge and love for the game with those who desire to develop their potential and gamesmanship. View all coaching experience

A private lesson should be fun, informative and physical. Focus on specific techniques of how and when to apply it. The fundamentals are mandatory for every player, no matter what level. That said, every player is different. Encourage that, but be sure he starts with the basics and create from there. Practice, conditioning, practice, conditioning, but keep it simple...running/agility, ball drills...ground balls, WALL BALL, etc., I specialize in defense and I am amazed at how many elite players today, regardless of skill level, are remiss in some basic techniques and physicality that are simply more effective. Let me show you!

John was great with Nick today. Nick needs to build confidence and I could see he had really good energy and felt good after the practice. I think John is and will be an excellent Coach and mentor for Nick. Nick is looking forward to more sessions.

Great coach!!! Awesome attitude, son really got a lot out of the workouts!

John is a very skilled and experienced coach and we've been very happy with the instruction. My 12 year-old son has done 7 lacrosse sessions with John and has improved tremendously as a result. I have observed a very good balance in the instruction, between my son feeling challenged outside of his comfort zone, while at the same time enjoying the hands-on coaching. My son has been involved in many clinics and practices over the years with some of the best coaches and programs in Fairfield County, including the travel and club teams. However John's personal coaching has really helped my son improve in the core fundamentals of lacrosse and has helped him take his game to the next level.

Coach John is a great teacher as he clearly knows the sport.

Coach John was great for our son. Always on time and really worked him hard to up his game.
I would recommend coach John to any LAX players at any level.

My 13 YO son is even more excited about improving as a young LAX player after our first session with Coach John. Coach John brings a wealth of experience and his passion for the sport is very apparent. He assessed my son's strengths and areas to improve upon during the session, showed him exercises to improve his level of fitness, and did various drills. My son is very much looking forward to our next session!

Coach John has done a great job motivating James. In addition to teaching James basic lacrosse skills, he has introduced him to the importance of physical fitness. Thanks Coach!!

I recommend John Threshie wholeheartedly and without reservation as a lacrosse coach at any level. I have known John Threshie for 12 years since he was engaged as a volunteer assistant lacrosse coach at McGill University in 2004 and 2005. John’s professional career as a businessman and an entrepreneur did not allow him to continue coaching at McGill in 2006, and he relocated to the United States from Canada. John Threshie and I coached together for two seasons, leading McGill’s men’s team in transition from its status as a winless club program to a varsity level team and a member of the Canadian University Field Lacrosse Association, Canada’s premier college league. McGill’s varsity team has since emerged as a college lacrosse power. We have gone 52-3-1 since 2012, and we are the reigning national champions in Canada. I attribute much of our team’s success to these formative years when John Threshie and I coached the team, and together we laid a foundation upon which we built a championship program. It was a real pleasure to have coached alongside John Threshie in coaching ‘duo.’ A US high school lacrosse All-American at Tabor Academy and a two time All Star defenseman on nationally ranked UNC Tar Heels Div-I teams in the mid 1970s, John Threshie is a gifted and natural athlete. As a lacrosse coach John Threshie’s passion for the game is contagious --- his positive coaching style is instructive, highly personal, energetic, and engaging. Extremely well liked by the players and fellow coaches, Coach Threshie has strong leadership skills and a true passion for the game. I am certain that if John were offered an interesting coaching job that he would relish the chance to get ‘back in the game,’ and make invaluable contributions at the youth, club, high school or college levels. If you have questions regarding John Threshie’s potential, please contact me and I will be pleased to elaborate beyond this letter. Tim Murdoch Head Coach of McGill’s University’s Men’s Varsity Lacrosse