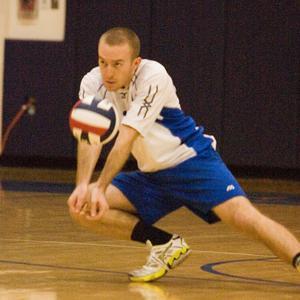 Well trained in both fundamentals and technicals to provide the best learning experience for all levels and ages of players. View all coaching experience

I have over 10 years of coaching experience at all ages from 5 years old to 25 years old and from beginner to professional. I coached for several years in southern California (my home state) while playing in college and helping as a player/coach for my college team. Now I own my own club here in South Florida and am pursuing my goal of making south Florida a perennial competitor in volleyball, both beach and indoor. I am certified by USAV as a level 2 coach as well as FHSAA certified.

Early states of my career, I was placed with an FiVB team coach Dr. Lian Kang "The Professor" Lu to learn high level, technical volleyball. I quickly earned a starting spot on a varsity team that had been undefeated in league for over 10 years. In my sophomore year, I received All-State California honors as well as being named "Best Passing" & "Best Defense" at the federacion international de voleibol camp (FiVB). In my junior year, was named All-State 1st team and was named "MVP" of the FiVB camp and proceeded to a repeat "MVP" performance in my senior year prior to being recruited to play in NCAA. In my first year I received numerous "Rookie of the Week" awards as well as "Freshman of the Year." I was made team captain as a sophomore and quickly changed the recruiting ideas for the team as well as helping with the coaching. After college, I went on to play with a semi-professional team as well as a college club team and then abruptly took a three year break from volleyball before moving down to Miami.

In my sessions, whether individual or with a small group, I will provide plenty of instructional and technical information as needed for the level of the player ie our younger kids wont understand the precision of keeping your arms and elbows at a specific degree during a skill. Will also provide numerous drills to reinforce the skill and feedback to keep focused.

There are currently no reviews or testimonials for Johnathan B.