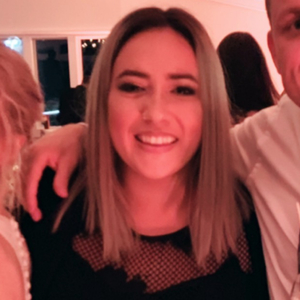 Level I USAFH Coaching certification. I played D1 field hockey, and was a two season captain for Wake Forest University. I have coached for five years as a futures coach and multiple camps/clinics including: WFU, Princeton and competitive club level. I have coached ages 3 - 20 years old - starting with the basics of passing and receiving to more advanced and tactical skill.

I played defense primarily, but have a great eye for the game and understanding of each position.

I started the inaugural field hockey season at Jackson Liberty High School (2006-2009) and knew quickly that I wanted to play at a more competitive level. I joined Spirit Eagles club, led by Coach Bobby Issar and Randy Christie. I refined my skill and started applying to schools but had my eyes set on one.

My training eventually led me to be coached by, Hall of Fame recipient, Jen Averill at Wake Forest University. I applied to one university, got in, and I spent my four years building and changing the norms set by teams prior. In order to uphold the rich national title and traditions set before me, my team awarded me Team Captain from 2012-2013.

Our first session would be primarily a talking session. I want to get to know you and you need to get to know me. From there we can assess where you are on your journey to becoming a field hockey stud! This talk may include some light skills and passing to see where you're at.

Once we determine what your goals are, we can build a regimen surrounding the technical, tactical, physical, psychological and lifestyle facets of field hockey players growth and development.

There are currently no reviews or testimonials for Jillian A.