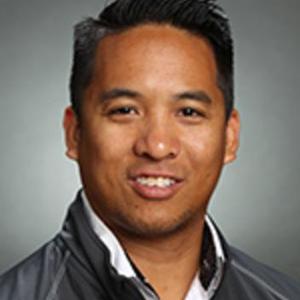 This is a 30 minute session done live through an online video medium. Required equipment includes a volleyball and some space to operate. Please inquire with a message before purchasing this package.

This is a 30 minute session done live through an online video medium. Required equipment includes a volleyball and some space to operate. Please inquire with a message before purchasing this package.

1 training session package with Coach Jeremy. 60 minute session length. These training sessions are hosted in two possible facilities I have access to. One is in Concord (additional $25 facility use fee to be paid by clien... See More

1 training session package with Coach Jeremy. 60 minute session length. These training sessions are hosted in two possible facilities I have access to. One is in Concord (additional $25 facility use fee to be paid by client), and the other is in Fremont. If you prefer to train in a different facility, please select the travel package

1 training session package with Coach Jeremy. 60 minute session length. These training sessions are hosted in facilities YOU have access to. You must also be able to provide the equipment including volleyballs, poles and n... See More

1 training session package with Coach Jeremy. 60 minute session length. These training sessions are hosted in facilities YOU have access to. You must also be able to provide the equipment including volleyballs, poles and net, and any other pertinent equipment related to the training regiment.

Ohlone College head coach Jeremy Penaflor is in his ninth season with the Renegades volleyball program. Since being hired, Ohlone Volleyball has seen steady improvement in both classroom and on-the-court performance as well as an overall program improvement with the establishment of instructional youth programs like boys and girls club teams, youth leagues, skill clinics, and summer camps. Penaflor and the Renegades Volleyball program most recently experienced a taste of success during the 2012 season finishing with a record of 19-5 and qualifying for the playoffs for the first time in over 12 years. Players have also consistently appeared as statistical leaders in the state in their respective positions, and a vast majority of players have transferred on to the institutions of their choice based on academics, athletics, or both. Penaflor brings over 16 years of coaching experience and over 17 years of playing experience to the Renegades athletic family. Coming from a long range of comprehensive fundamental training, Penaflor requires his athletes to have the same attention to detail both on and off the court. He expects the members of his teams to be the complete student athletes with successful performances in the classroom and positive, hardworking attitudes on the floor.

Prior to joining the Renegades, Penaflor spent four years as a member of the San Jose State University volleyball coaching staff (2002-06) as an assistant coach. His primary areas of focus at San Jose State were setter development, libero and defensive specialists’ development, statistical analysis of individual and team play, and coordination of video analysis and exchange.

Penaflor also has an extensive juniors and club volleyball background. During the 2008 club season Penaflor was the head coach of the Club Yahoo under-16 team, which finished the season ranked 4th among the Northern California Volleyball Association (NCVA) teams in the under 16s division and qualified for the USA Volleyball Junior Olympic Championships (now Junior National Championships). Most recently, Penaflor coached with City Beach Volleyball Club out of Santa Clara, CA. Coaching the 15 Black team, he lead the girls to 7th place finish in the under 15s division, qualifying them for a USA bid at the Junior National Championships in Minneapolis. Penaflor completed four years as a member of the Club Yahoo coaching staff and 6 years with City Beach. He has now made four appearances at the USA Volleyball Junior National Championships (2005, 2006, 2008, & 2015). Penaflor has also coached at a number of high schools and middle schools around the San Francisco bay area.

Penaflor received his bachelor’s degree in Kinesiology with a concentration in Sports Management from San Jose State University. Penaflor recently returned to school to pursue a Master's Degree in sports management. Penaflor, married in March of 2011, currently resides in Concord, CA with his wife Sarah and daughter Lilly. They have a cat named Kitty, and the family loves being home when volleyball is not happening.

Introduced to volleyball in 8th grade, Penaflor began competing in high school as a member of the Moreau Catholic High School Junior Varsity team. As a freshman outside hitter, Penaflor was brought up to varsity to round off the post season roster. A three year letter winner, Penaflor would continue to improve his all-around game and became a 6 rotation player throughout the remainder of his high school career. Penaflor set a new single season dig record his senior year with 183. As a player for the San Jose State men’s club volleyball team, Penaflor became the first ever libero for the program upon the installation of the new position to the game. During his collegiate career, he was named twice to the All-NCCVL (Northern California Collegiate Volleyball League) First Team (2002, 2004), and was twice selected as the NIRSA National Championship Tournament All-Tournament Libero (2002, 2003).

A typical session with me is very detailed oriented. I focus on specifics and little details of form and fundamentals. My method of teaching allows the athlete to be mindful of what their body is doing in order to reinforce parts of skills performed correctly as well as correct some deficiencies that are keeping the athlete from improving. This method allows the athlete to arrive at the answers more so on their own allowing for higher levels of retention and higher likelihood of transfer to real game settings.

Jeremy P. has not uploaded any photos yet

My son completed his first coaching session with Coach Jeremy. He was excited to learn some new serving & setting techniques, which he has already applied during his team practice. Look forward to another session soon!

Coach Jeremy worked with my daughter to tighten up her serving and passing skills. The results were definitely seen in her game! She became more confident as a player. She enjoyed her sessions with him. I really appreciated the time Coach Jeremy made to give an in-depth report after every session she had with him. Definitely am recommending him to our other families where they think their player need to improve her skills.

I learned a lot from this lesson and the right techniques that I didn’t know before. He is a great coach and can’t wait to do more lessons!

Coach Jeremy was great for my daughter. In a short time he was able to help her with her serves, hitting and passing. He’s a wealth of knowledge and great with kids! We can’t wait for our next session.

Coach Jeremy is a wonderful coach! He gave my son wonderful feedback and insight into the technique of volleyball! Highly recommended!

My son just finished his first session with coach Jeremy. He really looks forward to his following up sessions!

My daughter really enjoyed her first session with Coach Jeremy. My daughter can be a little shy, but Coach Jeremy really took the time to get to know her and was so encouraging during the entire session.

My daughter had a really great session with Coach Jeremy. She learned valuable skills!

Coach Jeremy helped by daughter with her volleyball skills. He communicates well with the athlete and sends immediate feedback after the lesson. I have recommended Coach Jeremy to friends for those reasons. I have tried many coaches and Jeremy's coaching style suited my daughter best.

Coach Jeremy was extremely professional and worked on everything we asked for. My son showed improvement even after only a single session.

Coach Jeremy is an excellent instructor. He is great at teaching the fundamentals to young players that are developing their basic skills and technique. Our daughters really enjoyed their coaching session with Jeremy and found his drills both fun and helpful in improving their game.

My daughter is a freshman in high school and wants to improve her volleyball skills. The best thing I did for her was sign her up with a session with Coach Jeremy! She learned so much in her first meeting! The skills and corrections he taught her are invaluable. It was a phenomenal session followed by his amazing written recap of what transpired during her hour with him, which is extremely helpful and a great reference for her to review back on. His recap included key items to continue to practice. My daughter was beyond happy she signed up with Coach Jeremy and wants many more sessions! She was so inspired by his coaching that later in the afternoon she went to the gym to start strengthening her legs so she can jump higher and show Coach Jeremy improvement on her next session! I would highly recommend Coach Jeremy! I wish I would have signed my daughter up a long time ago. Totally worth it!! Thank you Coach for taking your time to work with my daughter (on your day off even!) and for offering this type of service to help improve players’ skills!

Coach Jeremy was very nice to my daughter. Very knowledgeable, approachable, nice and fun. All we needed. Absolutely recommend.

My daughter really likes Coach Jeremy. His style of teaching is very effective. My daughter is definitely still going with his training session. He is very easy to work with.

Coach Jeremy did a great job re-acclimating my son to a sport that he enjoys and preparing him for upcoming tryouts for his high school team. We look forward to more sessions!

Coach Jeremy provided a training that was strategic and useful for my daughter. He is very knowledgable and encouraging. At the end of the lesson he did a great job of recapping what to work on going forward. I will definitely schedule lessons with him again.

I would definitely recommend Jeremy. He has a ton of experience and makes the lessons fun.

He was a great coach, teached the girls all the basic positions and took time observing them amd teaching them the correct way as far as their stance , hitting and serving.

This has only been our daughter's first session with Coach Jeremy and so far it has been great. She commented on how she really enjoyed it and he has a lot of great feedback for her. She likes the fact that he is specific and he is not only easy to understand in terms of teaching techniques but he is also great at showing her exactly what he tells her. Looking forward to more great sessions with Coach Jeremy.

Coach Jeremy was great with my 13-year old son. He was able to give him descriptive details of what he was doing wrong and how to improve it. He exceeded our expectations on the first visit, so my son is excited to see him again.

Coach Jeremy did a great job with my daughter. I was hesitant to sign up not knowing any of the coaches and not sure how much one hour could really help. However, he quickly identified weaknesses that Anna needed to work on and before the hour was over she had changed her footwork, improved her handwork and was jumping and hitting with so much more confidence and power. She was beaming as we left and she can't wait to put what she has learned to use. I would definitely recommend Coach Jeremy for your athlete.

Coach Jeremy was amazing!!! Very patient & helpful to my daughter. We're confident he will take her skill level up a few notches. I'd recommend him over & over again.