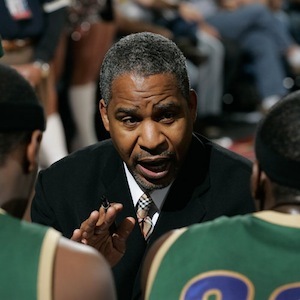 STRENGTHS :
I have vast coaching and playing experience domestically and Internationally, with the ability to recruit players from one country to another. My basketball knowledge is very extensive, and I’ve been able to implement my style, philosophy, and work ethic wherever I’ve coached worldwide. My personality is very outgoing, stern at times, yet very approachable. I know that I would be an asset to any basketball program because of my ability to recruit, teach, and communicate on different levels with each player. I am hardworking, dedicated, and loyal to the staff and organization.

SKILLS AND QUALITIES I POSSESS
-More than 12 years of professional level coaching
-Strong integrity, work ethic and knowledge of the game
-Detail oriented and organized
-Exceptional communication skills and relationship builder
-Teacher, motivator who is passionate and enthusiastic leader
-Great interpersonal skills that are needed to be an effective ambassador for the organization

The format of a workout plan will vary on the players needs and abilities.. The workout will be geared towards what the athlete is needing to work on the most.

Our son is a freshman in high school and loved his first session with coach Jay. He explained every drill and why it was important to achieving our son's goals. Our son has already applied Coach's lessons to his school team workouts.

Jason really enjoyed his lesson and he liked the focus and attention on his fundamentals. He's looking forward to his next lesson! Thank you!

Coach Jay was great! My son left his very first training session with a big boost of confidence. Thanks coach Jay!

Jack says he enjoys working with you and to keep doing what you're doing.

Coach Jay was a great coach! His training and techniques are like none I've had before.

Jay is great. This was my sons first session and Jay was very patient, supportive and great with his instruction.

My Son Dylan had first session with Coach Jay and loved every minute they were together. Dylan is in 5th grade and has been playing for 4 years now on organized leagues and is a good ball player. I know all ready that these sessions with Coach Jay are going to take Dylan's game to the next level. Coach Jay has a wealth of knowledge to give to your ball player and I do have to admit he blew me away how he relates to younger players he made it easy to understand for my son. Balance Balance follow threw.

My son was very impressed with Jay's coaching skills. My son felt like he learned some valuable techniques the first session. Would highly recommend Jay. We will continue training with Jay.

Jay was great in his sessions with my son! He is extremely knowledgable and professional. Jay's coaching and expertise has helped my son improve his game in multiple aspects! Thank you Jay for all you do!

Altonio really enjoys working with Coach Jay. He went shopping yesterday at the sports store so he could effectively work on the drills that Coach Jay went over in our session. We are excited about the application of the sessions to take his game to another level.

Jay was great to work with in our session. He has a very strong basketball background, playing and coaching at the professional level. My daughter really enjoyed our session and we will be signing up for more time.