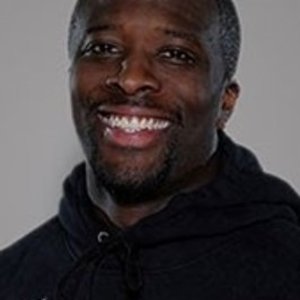 I honestly feel coaching is my calling. And helping young athletes to get better is something that I not only love but I am truly passionate about. View all coaching experience

I have 10 years of coaching football at the K-12 and college levels. I have been a position coach at the Division II, Division III, and NAIA levels. Within my duties I've held positions as Asst. Offensive Coordinator, Defensive Coordinator, and Head JV Coach. I have also held the position of Head Coach for a Women's Professional football team within the Independent Women's Football League(IWFL). I am interested in working with middle school age to adults, male or female. I am willing to work position specific football drills and speed and agility footwork drills. I can work with the positions of RB, WR, DB, and TE. I am also willing to work with all positions on footwork, speed, and agility.

My first 2 years as a coach, I spent with Division III Luther College, which is also were I played and graduated from. While with Luther I held the position of Cornerbacks Coach and Junior Varsity Defensive Coordinator. Once leaving Luther I spent one season with Cornell College as the defensive backs coach, Cornell is a Division III prgram located in Mt. Vernon, IA. After taking one season off, I spent the next three seasons As the defensive backs coach at Simpson College.Simpson is located in Indianola, IA. While at Simpson I held the positions of Junior Varsity Head coach and defensive coordinator for two seasons, and punt return team coordinator for one season. The following season I went on to pursue my masters degree in education at Concordia University - Ann Arbor in Ann Arbor, MI. While at CUAA I held the titles of Wide Receivers/Tight Ends Coach, Asst. Offensive Coordinator(Varsity), Offensive Coordinator(Junior Varsity), and punt team coordinator. I spent two seasons with CUAA. Upon graduating from CUAA I took the position of Cornerbacks Coach at St. Cloud State University a division II program located in St. Cloud, MN.

My sessions will last anywhere form 45-60 minuets. All sessions will begin with a warm-up and stretch session to help prevent injuries. Within the sessions I will have instruction periods and work periods mixed in. The work periods will be high intensity with small breaks in between. My goal is to try and work with you and and your athlete to get a workout that is as personalized as possible. Basically you tell me what you are trying to get accomplished and I will work out a plan to fit your needs.

Coach Hemie was great! Had a lot of great tips and training drills to help improve my daughter’s events. Great to work with . Good communication and feedback . My daughter enjoyed all of her sessions. Positive and great coach .

Coach Hemie definitely knows his stuff! My brother has been training with him a month now and has seen major improvements. Very knowledgeable about physical training and easy to work with!

We have had two sessions with Coach Hemie for our daughter and he has been wonderful! A great caring coach that tries his hardest to improve our daughters performance on the track. Best decision we've made to help our daughter to get better at sprinting in track.

Hemie is great. Very personable and willing to answer any questions you may have. Very helpful. We will recommend Hemie to anyone we talk with.

Coach Collier not only helped me become a better player, but a better person. He allowed me to be myself without any judgement.