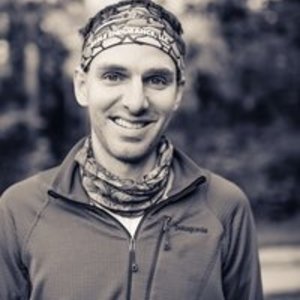 My experience as a distance runner and coach has lead me to train athletes who are dedicated, motivated, and willing to work hard to achieve the highest level of success. View all coaching experience

I have worked with Middle School to Collegiate athletes, volunteered as a high school coach for both Track & Field and Cross Country, and have been a personal trainer for 15+ years. I have extensive knowledge of speed, agility, HIIT, and sport-specific drills. I am passionate about giving back to the sport that has given him so much and helping athletes achieve their goals!

I hold a Bachelors Degree in Exercise Science Education and a Masters Degree in Sports Management from The Ohio State University. In addition, I am a USATF Level 1 Certified Coach, NASM Certified Personal Trainer, and American Red Cross CPR/First Aid/AED certified.

I have been running competitively for over 25 years. I ran Cross Country (sub 15-minute 5K) and Track & Field (sub 1:55 800m, sub 4:30 1600m) throughout my schooling as well as competed in swimming. Over the years, I added in more swimming, cycling, and triathlons, but I have always come back to running as the primary pursuit.

From 2011 to present, I have been focused on ultramarathon running. I have completed six out of eight 100-mile runs attempted and over 30 other ultramarathon distance events.

Track & Field sessions are 100% tailored to the athlete, their discipline, and the appropriateness of the season. Each session starts with a dynamic warm-up that involves running, stretching, drills and strength exercises. The core of the workout may consist of intervals or more drills to fine-tune performance. To end, the session will include a focus on core strength and proper stretching.

I recently completed my first 10K after following a customized training plan from Andrew. I finished in under my goal time. The best thing was, I broke through a plateau I had been in with distance. I was finally able to complete 6-8 miles consistently and still have energy left over! He did a great job taking the numbers I sent him about my current runs and turning them into a training plan that took into consideration my current level of fitness and my goals. Andrew’s a great encourager with lots of experience to help runners at any level.