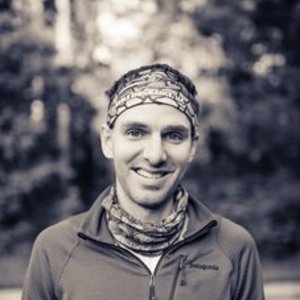 A coach with the passion for helping others realize their fitness goals while maintaining their day to day lives and ensuring their priorities stay their priorities. View all coaching experience

1 session package with Coach Andrew. 30 minute session length that will give both cardio and strength gains.

1 session package with Coach Andrew. 30 minute session length that will give both cardio and strength gains.

3 session package with Coach Andrew. 30 minute session length that will give both cardio and strength gains.

3 session package with Coach Andrew. 30 minute session length that will give both cardio and strength gains.

5 session package with Coach Andrew. 30 minute session length that will give both cardio and strength gains.

5 session package with Coach Andrew. 30 minute session length that will give both cardio and strength gains.

I have been a Certified Personal Trainer since 2006. As a trainer, I have worked with individuals from 10 years old to 93 years old, always tailoring the session and plan to the individual. I have coached High School Cross Country and Track & Field. I have extensive knowledge in speed, agility, HIIT, and sport-specific drills. I am passionate about giving back to the sport that has given him so much.

I hold a Bachelors Degree in Exercise Science Education and a Masters Degree in Sports Management from The Ohio State University. In addition, I am a USATF Level 1 Certified Coach, NASM Certified Personal Trainer, and American Red Cross CPR/First Aid/AED certified.

I have been running competitively for over 25 years. I started with Cross Country, Track & Field in Middle School and have kept with it ever since. Over the years, I added in swimming, cycling, and triathlons, but I have always come back to running as the primary pursuit.

From 2011 to present, I have been focused on ultramarathon running. I have completed six out of eight 100-mile runs attempted and over 30 other ultramarathon distance events.

A typical fitness session with me will begin with a dynamic warm-up. During this time there will be a discussion of fitness, goals, and any special needs. Next, we will spend time with specific movements and exercises that are tailored to the clients' goals. With the majority of my fitness sessions, we use bodyweight, medicine balls, ladders, dots, and short hurdles. Expect your heart rate to be up and blood pumping for the core of the workout. We will finish off with a proper cool-down and stretch period for each session.

I recently completed my first 10K after following a customized training plan from Andrew. I finished in under my goal time. The best thing was, I broke through a plateau I had been in with distance. I was finally able to complete 6-8 miles consistently and still have energy left over! He did a great job taking the numbers I sent him about my current runs and turning them into a training plan that took into consideration my current level of fitness and my goals. Andrew’s a great encourager with lots of experience to help runners at any level.